Content By Gary Vaynerchuk
Without All The F*cking Swearing

I don't consume much of anyone else's content but when I do, GaryVee is my go to source.  But, the only time I really get to listen to him is when I'm on the road with the family.

As much as I love his colorful language (honestly - it's one of the things that drew me to him early on because I got how risky it was in the context of a stuffy and pretentious business world where professionalism was nothing more than an exterior facade).

Anyways, as much as I loved it, I wasn't pumped on my kids hearing it and I didn't think them calling someone a f*ck face at hockey practice would be a good thing.

So I had the idea of creating a family-friendly version of his podcast and I went with it.  I edited a few keynotes that I wanted to listen to and I published them.  A few weeks later, out of curiosity, I checked the stats and saw that they had been listened to hundreds of times!

As a big believer and practitioner of Gary's philosophy about working for free, I decided to really pump out the content and see what happens.  I knew there were probably countless parents who wanted to be able to play Gary's content with the kids around but were hesitant due to the language and I understood that some people didn't enjoy the language either.

So I hired one of my guys to start editing the audio from every new release from his main podcast as well as older episodes.  We started publishing 2-3 episodes per day and the listenership took off organically.

I was going to just keep pumping out the content and see if it would get on Gary's radar from my efforts but one night I was listening to one of his episodes and something he said made me think it would be a good idea to run it by him and make sure he was okay with it.

I sent him an email not really expecting a reply but first thing the next morning, he got back to me.  He put me in touch with his team and it turns out they were already working on censored content so the timing couldn't have been better.

They could have easily just said, "thanks but we can do this on our end." and just took it over, but they didn't.  They honored the work I put in and thanked me for what I'd done and allowed me to continue publishing while we moved everything in house to their official platforms for Curse Free GaryVee.

The way they've conducted themselves has been the strongest testament and display to me that they actually live by the message that they stand behind. Having this experience has made me have more faith in what Gary preaches than any amount of listening could have.

I am humbled and honored to be a part of this as Gary's message has meant the difference between dark and light in my life and what he teaches is of vital importance at so many levels. I want as many people to be able to hear it and be positively impacted by it like I was and so to play some small role in this, means so much to me.  I hope it benefits you more than it has me! 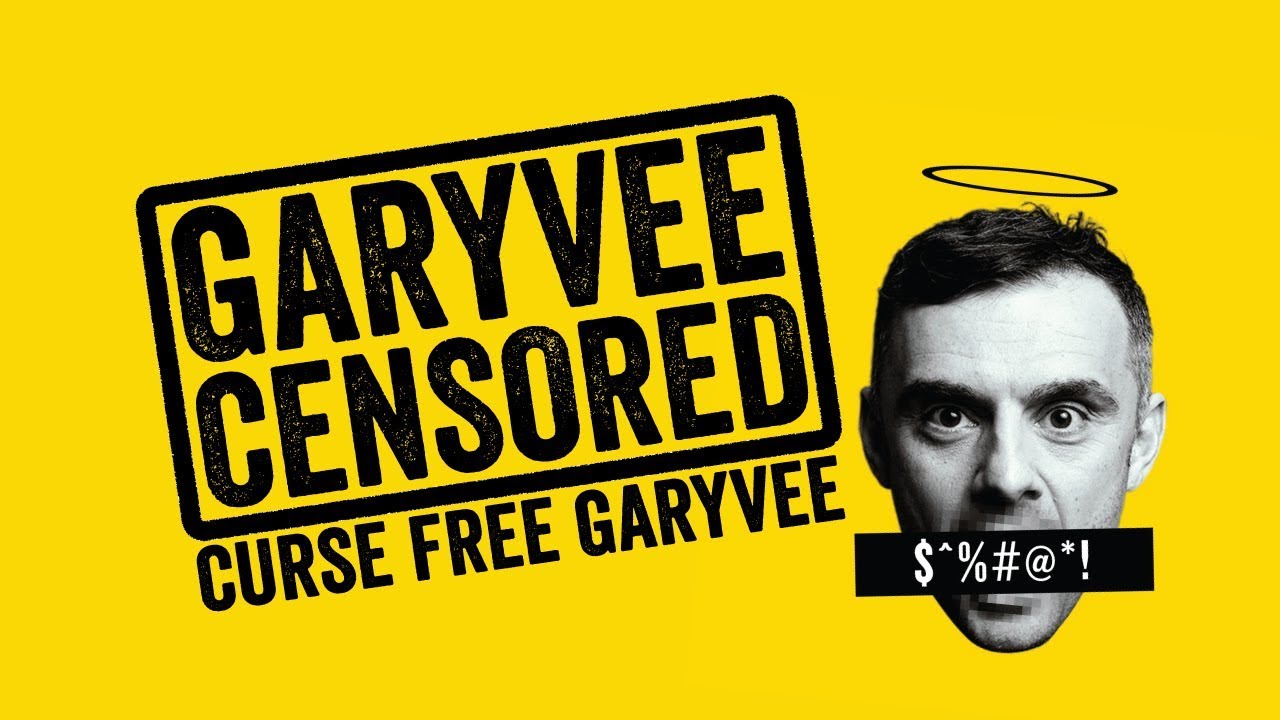 Listen To The Curse Free GaryVee Podcast On:

*I want to give credit where credit is due.  Please note that I did not create the Curse Free GaryVee YouTube Channel. That was the work of Jonathan Alaya who runs a full service video production company called InnerView Media based out of Carlsbad, CA.  He started working on the project a little over a year ago - 9+ months before I even thought of it.  Please go shoot him a thank you on the YouTube channel as that is all courtesy of his consistent hard work